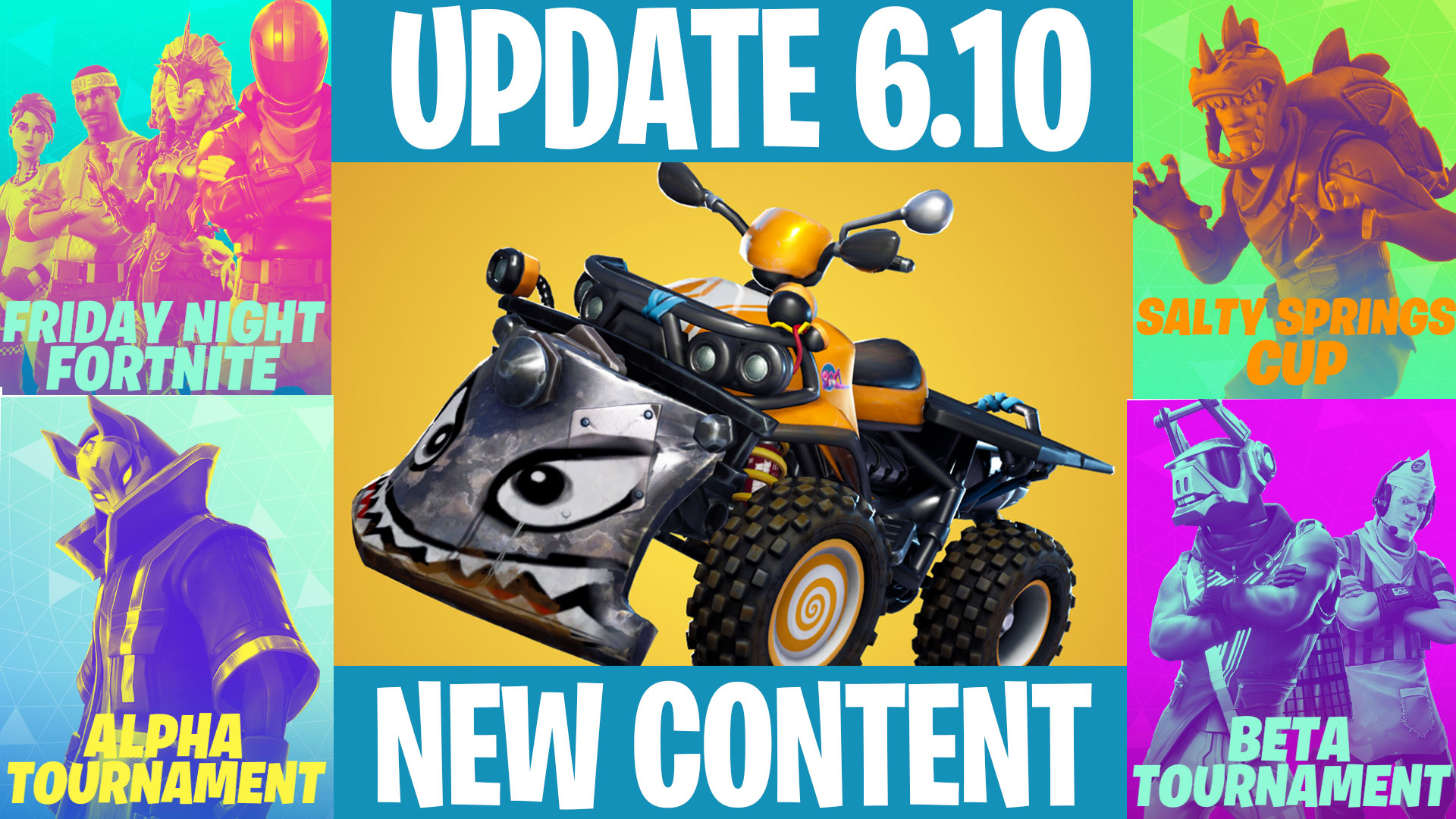 The big V6.10 Patch is here and its a big one, so let’s get into it quick. The more minor changes involve the removal of Port-a-Fortress and the guided missile now firing in the right direction (we shall wait and see), as well as some minor tweaks to disco-domination. But lets get to the ones everyone cares about, the new Quadcrasher quad-bike, and the new weekly tournaments.

As the largest change we’ll get to tournaments first. We’ve got a new tab so it looks like a permanent feature, and the idea seems to be repeating weekly events that give the average player a chance to find a rank and a chance for glory that is currently only available to the pros. 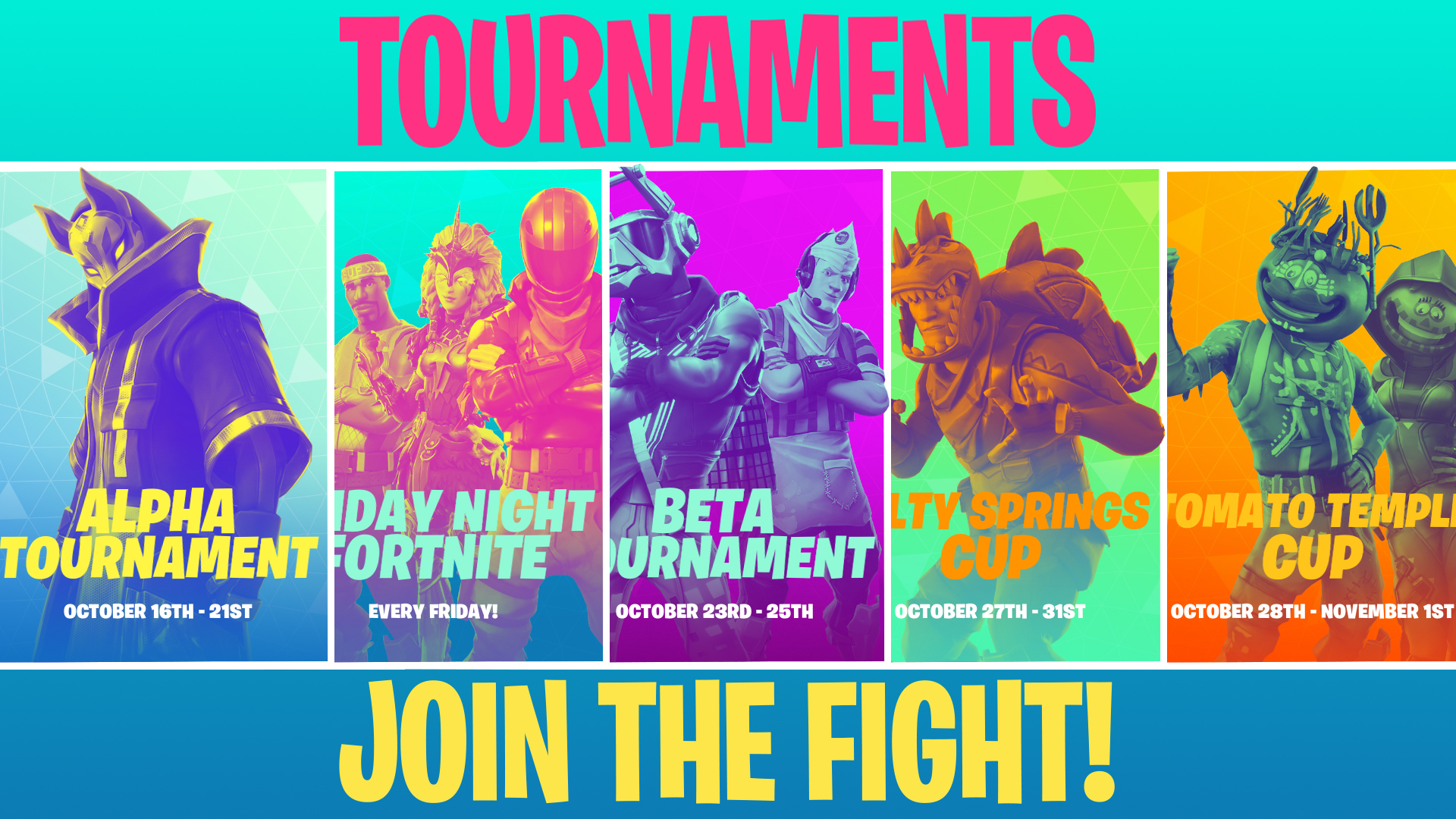 Each of the tournaments is separate, so doing badly in one won’t affect your future fun. But Fortnite does seem to be introducing a ranking system of a kind, at least in sense that the goal is to match players with those of a similar score. This makes a lot of sense and means you shouldn’t be getting repeatedly destroyed by the random Fortnite-God who busses in with you.

So how do tournaments work exactly?

Tournaments have set dates and go over many hours. There’s a points target for each tournament and if you reach that target you get a ‘shiny pin’. The pin will either reward you with prizes or advance you to the next stage of the tournament. Epic Games haven’t been specific about the circumstances under which either would apply, so we’re assuming this is either still to be determined or that it will depend on the tournament.

This is a nice move from the developers and we figure it more-or-less amounts to the introduction of a competitive mode to Fortnite. This is an interesting evolution and I’m interested in seeing where it goes. We saw the pitfalls of badly planned pro/competitive tournaments from other recent Battle-Royales and some tweaks are clearly needed, so moving slowly seems sensible.

The other big feature of the update is the boostable quad-bike. The Quad holds two player and gains boost as you drive it. Once the boost meter is full the hotkey activates the boost and the Quad is then capable of smashing through structures. Could this level the field and mute the power of the master-builder? There’s also rumours of a racing at the Junk Junction racetrack. 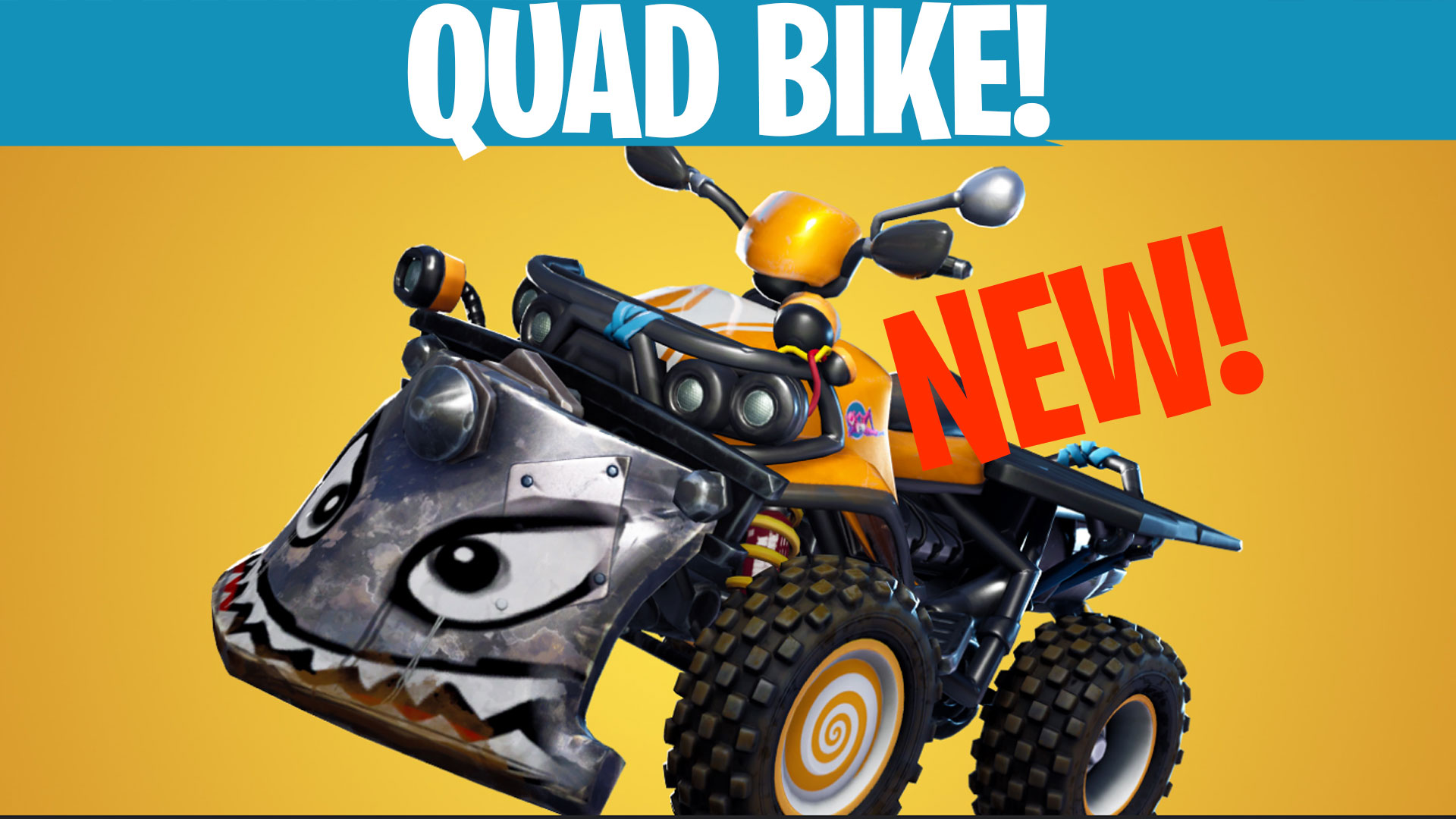 There’s a load of far less interesting stuff that I’m not going to go through but some of it is certainly worth reading through. I’ll give you a few highlights just in case you care; if you really care read the full update here: Fortnite V6.10.