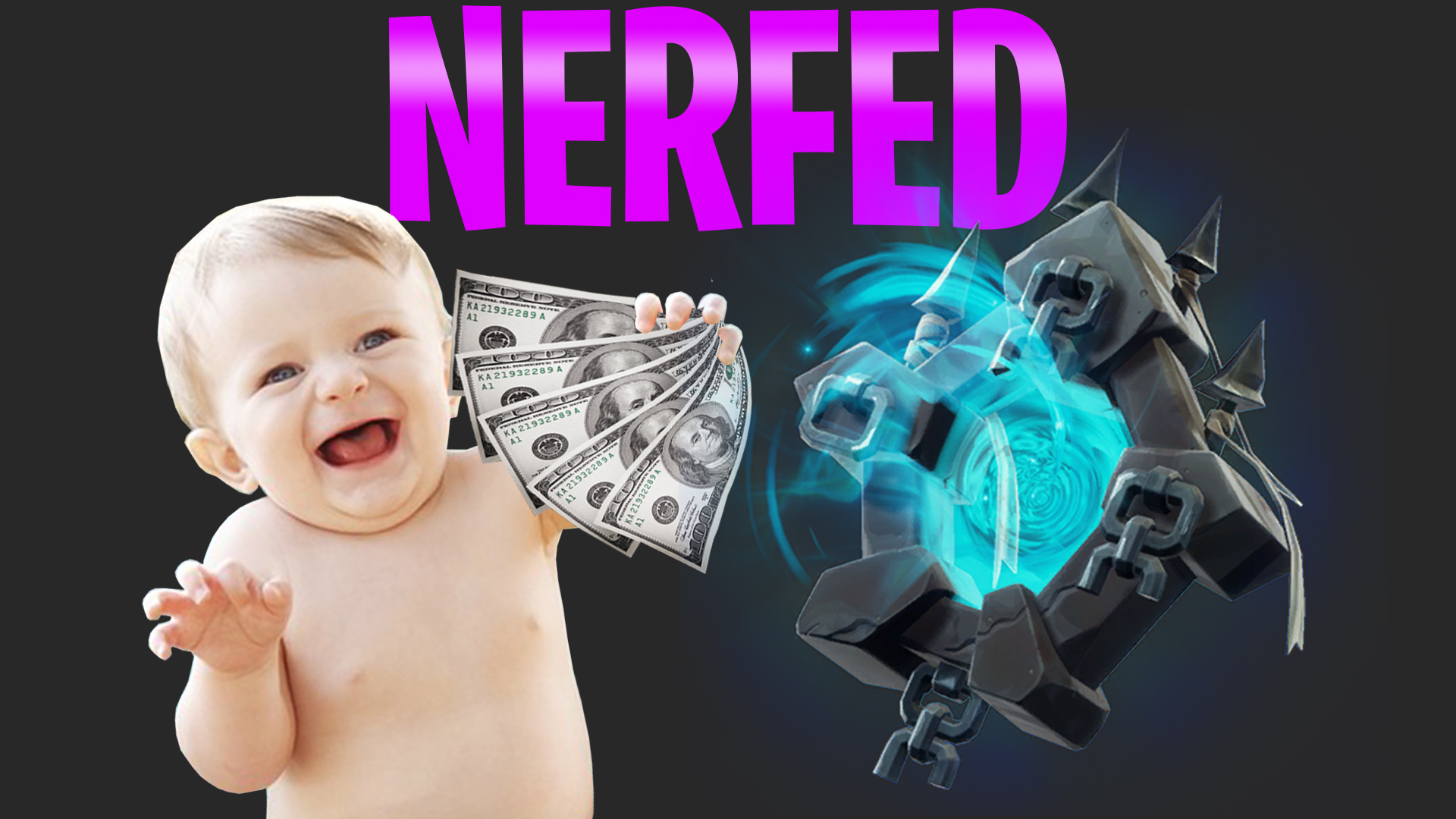 Share on facebook
Share on google
Share on twitter
Share on linkedin
Hmm. Well…. We were very complementary of Epic Games a couple of days back for striking a healthy balance between newer players wanting the rare Skull Trooper skin and respecting the significance of rarity. While ‘Skull Trooper’ is now cheapened by the fact anyone can buy it, the original had an exclusive purple variant. In addition, Epic Games introduced a set of serious challenges that would mean only committed and more skilled players could get the ‘Ghost Portal’ back bling. The Skull Trooper would still have been a status symbol — a purple Skeletor with a ghost portal was someone to be avoided. Fast forward a day and none of this is true anymore. 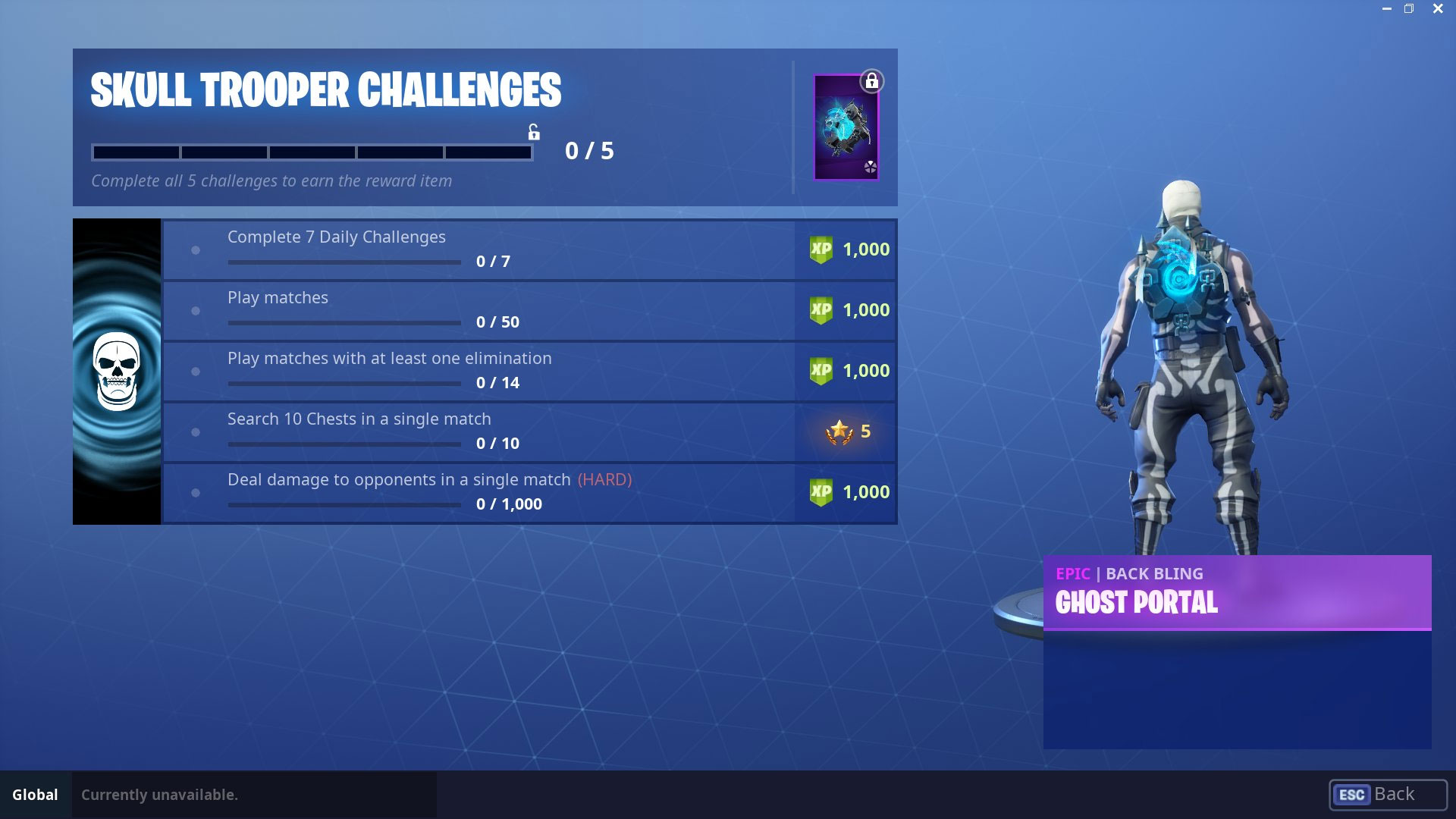 What’s happened to the back bling? Well, some of the harder challenges yet seen have been replaced by the requirement to simply enter 20 games this weekend. Oh no, Epic Games! And thing’s were looking so good.

So why the change?

We’ve got two theories about why this has happened. The first, and somewhat understandable explanation, is that Epic Games is trying to keep the younger and more casual player base happy. Dealing 1000 damage in a single match is quite hard, though not crazy hard, and yet a lot of people would have felt left-out to the point of not even attempting this. Still, it would have been a nice long-term goal for younger and more causal players, and given them an incentive to improve — a real long-term achievement that they could be proud of. Part of me thinks Epic have sacrificed an interesting and fun game-element (prestige, rarity and a long-term incentive to play) for a very temporary increase in player numbers over this weekend.

Which brings us to the second reason Epic have done this. Five words: Call of Duty: Battle Royale. It won’t have escaped anyone’s attention that COD:BR is out this weekend. And Epic will clearly have some concerns that the repeated cycle of new games killing old games will return, hence their attempt to keep their player base firmly situated in their lobbies when the COD:BR hype will be at its highest. This is also somewhat understandable, but again perhaps a little short sighted.

The first thing to say is that COD and Fortnite clearly have a very different player base. Even on a visual level the contrast is staggering. If COD:BR is going to kill anything we’d guess it would be PUBG — especially with streamers like the good Dr singing COD’s praises to the rooftops. But the other part if this is that nearly all games die after a few years, and that Epic Games needs to emulate those that haven’t. Couunterstike is about to turn 20 years old(!!!!)and as an old CS player, I’m fond of pointing out the idiocy of Valve (crappy anti-cheat, bloody awful servers, etc.); but there’s also a lot of good that can be said of CS. It’s a pure shooter, with almost no RNG — and that’s quite unique. But it’s also remained consistent (mostly) over the years, with the skills picked up in one iteration of the game remaining transferable, and even some consistency of map pool. Dust 2 isn’t far off 20 years itself….

So, yeh, a little disappointed. And I’m now rowing back on some of my recent praise for Epic Games and Fortnite. Of course, these are just skins, but these thing’s matter to gamers, and it’s suggestive of a certain lack of understanding — there’s a subtle moral-code in the gaming community. With that said, Epic have made a great game and they’ve made a lot of positive moves recently. We can only wait and see….